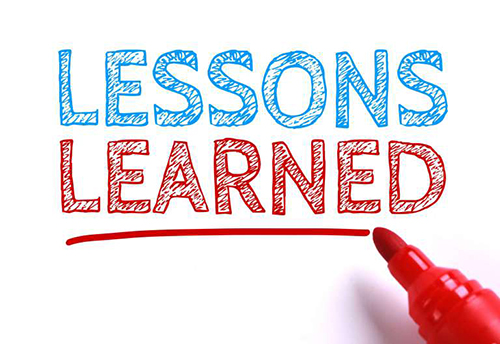 Lessons Learned is an educational series of webinars on financial management for your solar business presented by Leslie Shiner of The ShinerGroup and Annie Kendrick of Kendrick Business Services, LLC. The stories are fictional and are used for illustration purposes only. They do not depict any actual person, company or event.

In March 2019, Joe, the owner of Endless Power Solar was sitting at his desk writing out a check to the IRS for $90,000. Sales were fantastic in 2018 as he had increased his sales team by two people. There were also state and agency incentives that ended in December 2018, which meant many residential customers wanted to sign contracts with Joe’s company to install solar and take advantage of the incentives before they expired. Joe’s bank account balance was the highest he had ever seen, so taking a draw to pay his taxes was worth it, in his opinion. He had already made several large estimated tax payments throughout 2018.

Due to the incentive expiration, Joe’s company had received over 60 refundable down payments of 50% on projects. Since he had finalized the permits prior to the end of 2018, he considered these projects to be in-progress. He had billed the customers 50% against the contract value in December. Joe was anxious about the incentives expiring but at least it gave him a profitable 2018 and he knew this would keep his team busy for many months into the new year. His profit & loss statement for 2018 showed over $6 million in gross revenue – the best year since starting his business in 2012.

In January 2019 Joe was able place a large order for the equipment needed to complete the 60 ongoing jobs. Ordering all of the equipment at one time allowed him to receive a huge discount on the quote from the vendor.

Now one year later, Joe is sitting at his desk reviewing the 2019 tax documents from his accountant. He is showing a loss and is owed a large tax refund which he could really use because the company bank account is very low. He’s even wondering if he can make payroll next month. He had been making estimated tax payments throughout 2019 based on 2018 revenue and now he realizes he has significantly overpaid – basically giving the IRS an interest free loan for several months. This is money that Joe could have really used to run his business, as his line of credit with the bank is now maxed-out. Joe is baffled and can’t figure out what’s going on. He was just as busy in 2019 as he had been 2018, with the same number of sales staff and crew. There weren’t as many jobs sold at the end of 2019, so it wasn’t as hectic trying to get invoices out as it had been in 2018, even though he completed the same or even more jobs in 2019. Joe isn’t sure what to do as he thinks there is something wrong, but he isn’t sure why his bottom line keeps fluctuating drastically. He remembers this happening a few years back when he owed a large sum to the IRS and then received a large refund the next year.

This story is an extreme example of Lessons Learned, however the lack of understanding of earned revenue means you may be overpaying taxes. To learn more about earned revenue and how preparing a work in progress schedule will affect your taxes, view the pre-recorded webinar online.

You can find out more about the financial management program for Solar trade allies and other business development opportunities for your company online.